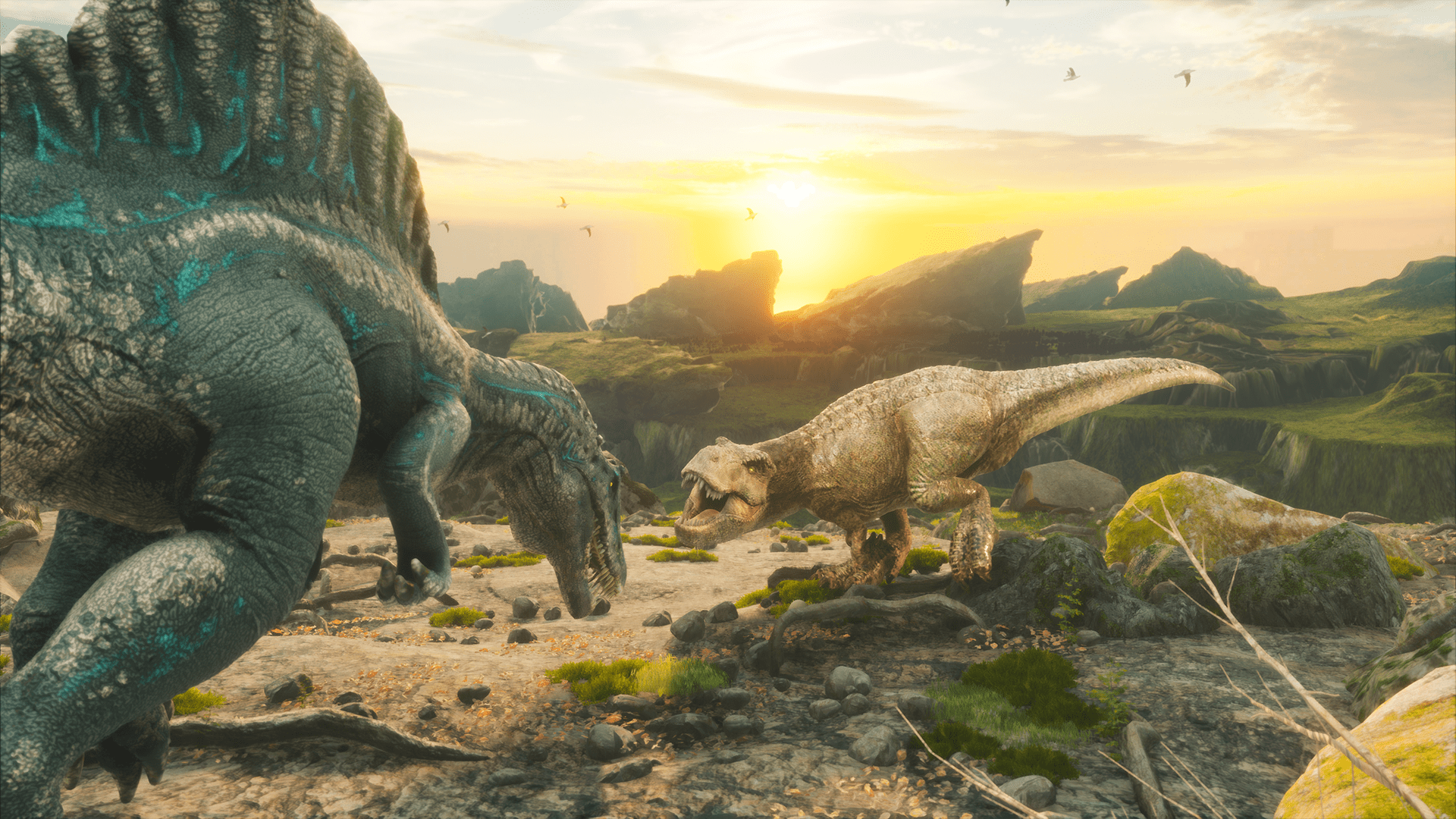 The longest immersive tunnel in Europe

Inaugurated in 2014, Cinecittà World is the Italian theme park that celebrates the history of cinema and television.

With its 40 attractions, 6 shows per day, and 7 themed areas, the park hosts some of the most innovative media-based attractions in the whole country, always looking for new ways to amaze its guests!

Jurassic War is the custom CGI movie we created for the immersive tunnel of Cinecittà World, the Italian theme park that celebrates the history of cinema and television. The movie is 4 minutes and 40 seconds long and it is the longest film produced for an immersive tunnel experience in Europe!

The three wagons that can carry up to 90 visitors are surrounded by a round screen that is 70 meters long and 5 meters tall. The video resolution of the movie is 14976px × 1080px.

We also synchronized the movements of the wagons: the 7 stereoscopic cameras work seamlessly with the hardware in order to deliver a true-to-life experience. The audio system, with 21 channels, contributes to the overall realism of the attraction.

It all started in Berlin, during the 2017 IAAPA (which was then called Euro Attractions Show). On this occasion, we had the pleasure to meet once again Stefano Cigarini, CEO of Cinecittà World, who shared with us his wish to revamp the immersive tunnel experience of the park.

As a matter of fact, hardware needs up-to-date content in order to live up to the expectations of an audience that is getting more demanding as the years go by. The previous video used within Cinecittà World lost its allure over time and was not so exciting anymore as it didn’t take full advantage of the features offered by the hardware. What’s more, guests were not satisfied with the movements provided by the simulation motion base platform.

With this premise in mind, Cinecittà World asked us to design a movie revolving around dinosaurs that could be every bit as good as the best immersive tunnel experiences in the world.

The immersive tunnel of Cinecittà World is a very peculiar attraction. It consists of a train, separated into three wagons, that can host up to 90 guests. These vehicles are surrounded by two parallel panels on the side of the train and a central curve.

The on-site inspection helped us understand the point of view of the guests, how to develop the immersive experience and the potential issues we could encounter in the production stage.

The production stepped up when we started working on the script. Cinecittà World wanted a spectacular story that could emotionally engage the audience with its climax. Scripting has been essential to put the plot down in black and white and understand the movie’s atmosphere, how many characters can be involved and how should they behave in the story. Without a proper script, creating a movie would be impossible.

After that, we started working on the storyboard. Thanks to it, we can understand camera movements, placement of objects and characters within scenes, use of effects. Basically, the storyboard shows us what the movie will be like. Without a storyboard, you progress with trial and error, and it’s something a production studio has to avoid under any circumstances.

Even in the pre-production stages we worked on distributing characters equally so that every guest could completely enjoy the experience, regardless of the seat they’re in.

The toughest part was to think about a video experience that could fit the very uncommon screen of the attraction. We used 7 stereoscopic cameras focusing on the union between them in order to create a seamless video. Our technical department also developed plugins to export footage from cameras and scripts for frame blending.

Creating a realistic experience has been our top priority during the development of the whole project. In order to increase realism, we have studied a method to transfer camera movements directly to the three wagons. That means that the wagons don’t move simultaneously, but each part of the train reacts according to the video. This allows guests to have a different experience according to the wagon they’re in.

The same applies to sound effects. If the soundtrack is poorly executed, the attraction can only express less than half of its potential. Much time was spent in our in-house studio to distribute sound through the 21 channels of the audio system, to create an immersive feeling that could surround the audience.

Red Raion is a young yet very professional company. It’s made by people who are very fond of their jobs, very professional in doing their work and who do reach the goals set together with their clients. They are very open to stimuli and when we worked together on the script and details of the “Jurassic War” custom-movie for our Immersive Tunnel, they lived and worked as if the attraction was their attraction and not only Cinecittà’s. This is very important because now we consider them as Partners and not just suppliers.

The longest immersive tunnel in Europe

Miko and the Spell of the Stone

The sweet tale based on Unlimited Snow’s Alpine Marmots IP 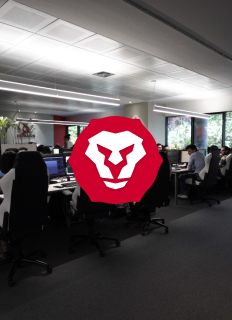 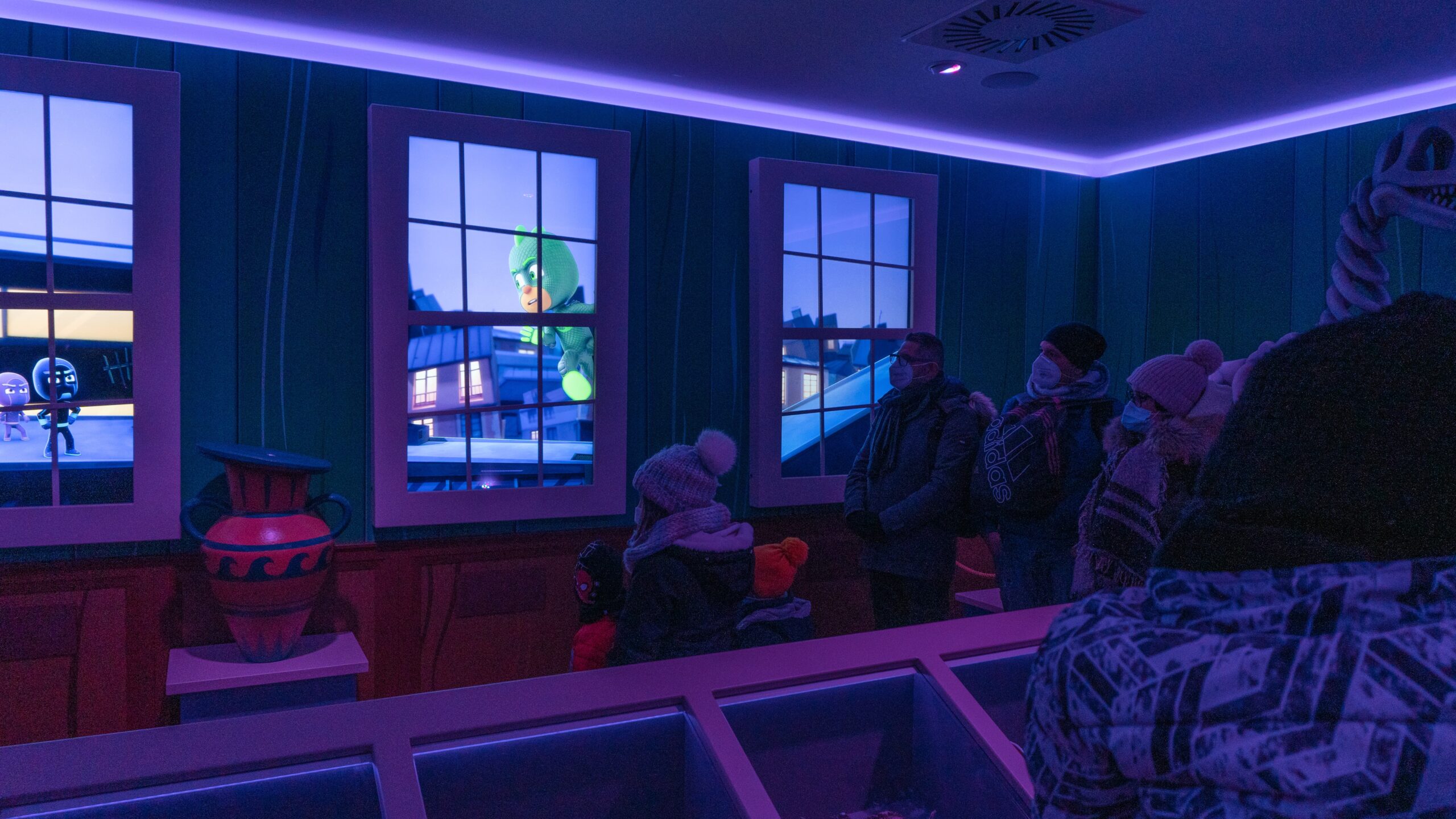 2125 – An Adventurous Journey Through Time And Space

The newest dinner experience in the AIDAnova cruise ship

We can help you!